Now that Democrats have launched an impeachment inquiry, they’ll need to convince 20 Republicans in the Senate to vote to convict and remove him from power.

That’s not happening – so what is their end game?

It’s not just to damage Trump politically for 2020. When Republicans impeached Clinton, his approval rating skyrocketed to 70% — which is a major reason Pelosi didn’t want to impeach Trump until now.

So, why are they going after a President who seems immune to every controversy (Teflon Don) in a booming economy creating thousands of jobs every month?

But we think there’s a method to the madness…

The most important number when it comes to removing Trump from power isn’t the 67 votes in the Senate needed to convict… or his approval rating… or any other statistic the media’s bringing up.

No, the key to President Trump’s fate lies in this hidden, but dangerous, trend.

Our team of researchers have recently put hundreds of hours — and thousands of dollars’ worth of research behind — a shocking new discovery.

When you see it, you’ll understand what’s driving the Democratic Party, and the real reason for impeachment.

What is Stansberry’s Investment Advisory?

At Stansberry’s Investment Advisory, we aim to help our subscribers profit from the most promising emerging trends and the most influential economic forces affecting the stock market. Our research is based on fundamental analysis of macro-economic trends. And while we cover big ideas, our work is ideal for any level of investor. 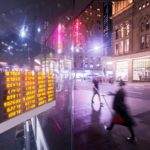 The Wild New Stock Exchange No One’s Talking About 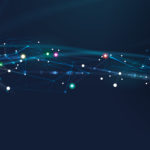